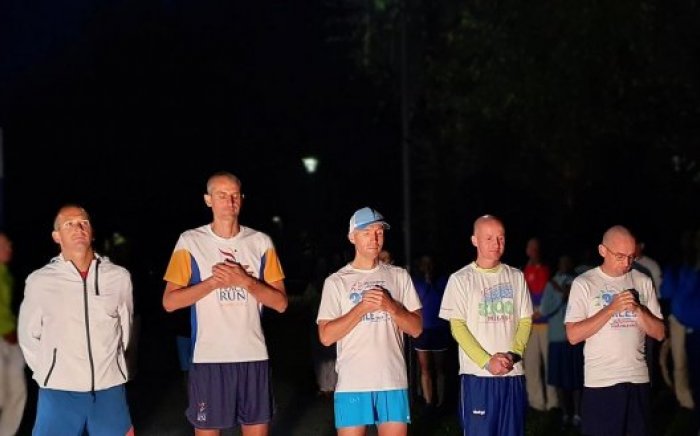 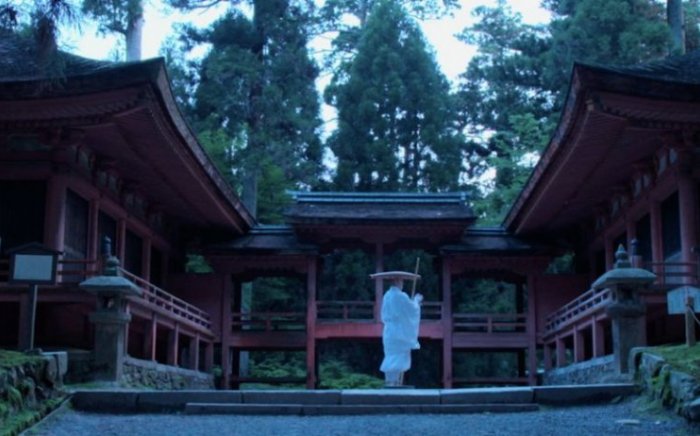 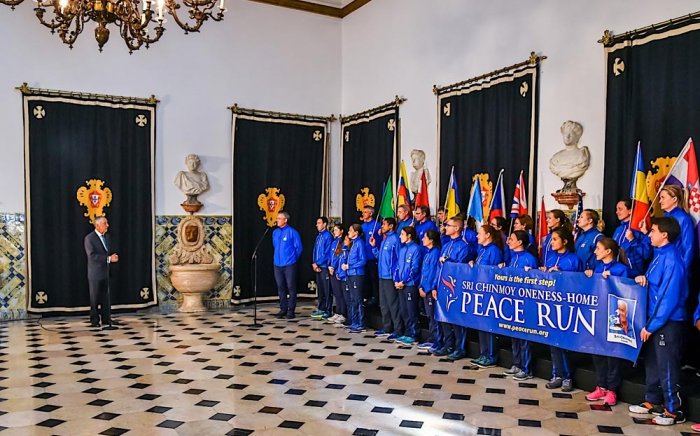 Reversal of my Fate

On a beautiful summer day in 1989 I visited a friend from my youth. At that time I had been a meditation student of Sri Chinmoy for about 15 months. I was also studying homeopathy, acupuncture and other subjects at the Josef-Angerer-School in Munich where I hoped to qualify as a health practitioner. We had a great time chatting about old times while my friend prepared a typically Chinese dinner of vegetables with rice and sour cherry jam. The food was delicious and I had already eaten a little bit too much when I suddenly noticed a devastating sensation in my stomach. The reason for this sensation was not the food that my friend had served, as he felt perfectly well, but was rather the beginning of a life-threatening situation. (Photo: Antaranga in Lignano, Italy2010)

But before my life changed its course, I flew to New York in the middle of August to see my spiritual Master Sri Chinmoy for the first time for his birthday celebrations. In the plane, high above the clouds, I was overcome with a deep and beautiful feeling of joy, but unfortunately this joy did not remain when I arrived on the soil of North America. Even though I thoroughly enjoyed Sri Chinmoy’s 58th birthday celebration, with all its music, plays and meditations, by the time it was time to return to Germany I was not truly fulfilled – because I had not had any deep meditation experiences in the presence of my Master. I had read in one of Sri Chinmoy's books that it is best not to expect anything so as to avoid any disappointment, and also that it is God’s gift to have a deep meditation and it can happen at any time and at any place. But our human nature has its own needs and theoretical knowledge versus a true feeling of unconditional surrender are two different things.

As it turned out, I left Frankfurt airport with a few of my fellow Munich meditation students. I was leaning casually against one of the airport pillars while waiting to be picked up by our friends when suddenly my consciousness changed drastically. All of my thoughts stopped, I felt peace and then everything around me became absolutely beautiful. Everything was the same but I felt like I was in paradise. I remembered that as a small child I had had such feelings on a few occasions. One of the Munich meditation students could see the change in me and asked if I had entered into Samadhi. This peaceful and delightful consciousness stayed with me during the whole trip from Frankfurt to Munich and continued even during the last part of the journey on the tram. Everything around me was so fulfilling and I simply wished that this feeling would never end. But as soon as I entered my apartment the experience left me. So I had seen and felt the wonderful experience that meditation can bring to the fore. At a later time I interpreted this experience as the descent of God’s Grace to inspire me to meditate regularly and to serve humanity, so that in the future I might stay in such a consciousness permanently. I can see now that it was very important that I had had the most fulfilling spiritual experience of my life so far without Sri Chinmoy’s physical presence. As it turns out – due to personal health reasons – I was not able to enjoy Sri Chinmoy’s presence very often, but I know now that Sri Chinmoy can offer a spiritual seeker experiences at any time and at any place. (Photo: Sri Chinmoy)

A few months later the same devastating feeling in my stomach came back even after eating just normal food in small quantities. My digestion stopped functioning properly, I started to lose weight and I was losing strength rapidly. A visit to the doctor to check on my jaundiced face and eyes brought no alarming explanation. Ikterus Juvenilis – teenage yellow fever is the translation in the medical dictionary. Nevertheless, I seriously felt that my life was in danger. Homeopathic remedies, which had helped me in the past with digestive issues, did not provide any improvement at this time.

During February 1990 Sri Chinmoy offered a concert tour in Germany on the occasion of the reunification of East and West Germany. Even though I already felt very weak, I decided to participate in the tour. I felt sure that Sri Chinmoy would save my life. Tirtha and her family, all of them Sri Chinmoy’s students from Munich, gave me a ride in their large white Citroen and took care of me very lovingly. Right at the beginning of the tour I felt miserable even after very small meals and I asked Tirtha to please tell Sri Chinmoy that I had the feeling that I would die soon. Tirtha suggested that I should tell Sri Chinmoy personally and arranged a meeting with my Master.

(Photo: Sri Chinmoy meditates during a concert in the Iinternational Congress Centre in Berlin in February 1990)

Somewhere backstage and close to the elevator that Sri Chinmoy would soon be using, I waited, with Tirtha and her family standing behind me. Sri Chinmoy came towards me, I bowed down spontaneously and Sri Chinmoy bowed too. I bowed again and so did Sri Chinmoy. This happened a third time and then I don’t know what happened. I was deeply moved and very happy, without a single word having been uttered. A short time later I saw Sri Chinmoy and his companions entering the elevator. Tirtha understood that it can be an overwhelming experience to stand just a couple of feet away from your spiritual Master for the first time, so she promised to talk to Sri Chinmoy the next day about my situation. I waited excitedly for her answer. “He will definitely not be dying” was Sri Chinmoy’s response. I was very relieved and felt confident that this would definitely be the case. During dinner after the concert in Nurnberg I saw Sri Chinmoy concentrating on me a few times. As a result my pain and discomfort diminished.

However, on returning home after the concert tour I felt so weak that I could only walk a few very short steps. This meant that I had to interrupt my studies and move back in with my parents who lived about 100 km east of Munich. Computer tomography of my pancreas, gastroscopy and endoscopy did not reveal any organic disease. Without my approval I was given a sedative by injection, which only made me delirious and had no positive impact on my digestion. Even though my weight had dropped to 44 kg by April 1990, I never for a minute doubted that I would not survive. The experiences of deep inner peace that Sri Chinmoy had blessed me with at various times were so positive that I had no doubt concerning the statement Sri Chinmoy had made during the concert tour.

I had to find a diet that did not leave me weak and useless after eating. I found out that some banana, dried dates or figs taken every hour or so did not drain me of too much of my strength and my low periods were shorter and more bearable. Very slowly I regained my strength and was able to study at home for the final examination of the public health department. Passing this exam would permit me to work as a health practitioner. I passed the exam in April 1991 and felt strong enough to look for a job, as I did not believe I had enough strength 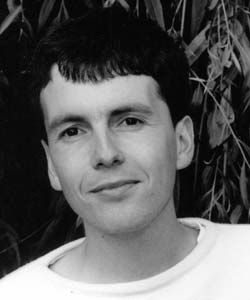 to start my own practice. The problem was that every 90 minutes I had to eat some of the bland mixture of sweet fruits so as to keep my pain within reason. Eating anything else meant that I was attacked by pain and could not work at all. What company would hire such an employee?
But Grace was with me and Tirtha’s brother, Jwalanta, offered me a job in his family business. His family understood my situation and was very compassionate and as a result let me work at their publishing house.

So for about two and a half years I had to survive on only fruits. Even so, my body still didn’t show any sign of recovery. Kailash, one of Sri Chinmoy’s first disciples in Switzerland was so kind that in October 1992 he encouraged me to write a personal letter to Sri Chinmoy and he delivered it personally. I had asked if there was anything special that I could or should do to be able to eat proper food to regain my strength. Sri Chinmoy said that I could start eating a little more regular food and he drew one of his birds on my letter and wrote underneath: “Blessings, Love, Joy, Gratitude”. I still have this letter and every so often look at it with great joy and gratitude.

During 1993 my health once again took a wrong turn. Immediately after eating a meal, I would feel a burning pain in my stomach. In April Tirtha decided to inform Sri Chinmoy again about my situation as neither homeopathic doctors nor regular physicians seemed to be able to help. Sri Chinmoy’s answer was very illumining: I am dealing with major karma but have already made significant progress. It is my good fortune that I am leading a spiritual life as otherwise I would not be among the living anymore. I should continue to meditate and pray regularly, because that is the only thing that can help me. Sri Chinmoy is also praying for me. I need to convince my soul, my heart and my mind that my body will be healed and I should go to one doctor in whom I have complete faith.
This confirmed my feeling of years before that I was standing at death’s door and that this was not just a thought, but a reality. And that I should stop looking for better homeopathic practitioners or another method of healing – this was simply my fate. I then went to a doctor who requested a series of hospital tests, but I was basically very, very grateful to God that I was on Sri Chinmoy’s spiritual path. (Photo: Antaranga 1992)

In the middle of 1994 after getting a high dose of a homeopathic medicine from my homeopath, I found that I could eat normally again without any painful side effects. I had taken the same formula and dose previously, but never with such success. It seems that my food related karma had been nullified, and so, after 4 years on a diet consisting of fruits I was able to rediscover just how wonderful real food tastes.

The year 1994 did not only bring relief in that way but rather another karmic wave was waiting for me at the beginning of 1995 that continued to create quite a lot of problems for me. Read more  ...

Reversal of my Fate Part II 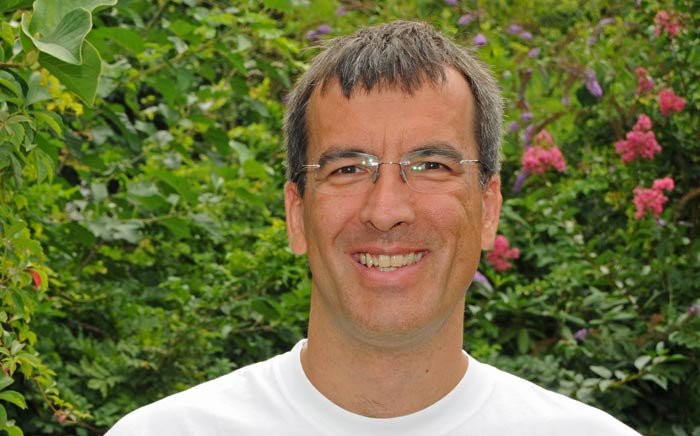